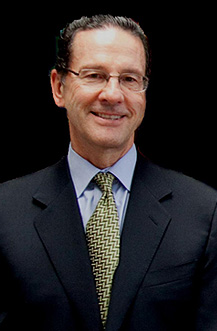 Mel received his Bachelor of Arts degree from the University of Vermont and his law degree from the University of Maine School of Law. He is admitted to practice before the courts of the State of Connecticut, State of Vermont, the United States District Court for the District of Connecticut and for the District of Vermont and the United States Supreme Court. His practice focuses on the areas of personal injury, family law litigation and medical malpractice as well as real estate and business transactions and probate law. He has appeared in practically every trial and appellate court in the state of Connecticut. He serves as Co-Chair of the Fairfield County Bar Association’s bench-bar committee and is a former member of its Board of Directors. Mel has been appointed as a foreclosure committee by the judges of the Superior Court and formerly served as a magistrate in the Small Claims Court. He serves as a special master to mediate both civil and family matters in the Superior Court. He is a member of the Connecticut Bar Association, the Connecticut Trial Lawyers Association and the American Association for Justice. Mel served in the United States Army as a captain in Vietnam.

Mel and his wife make their home in Stamford, where their children and grandchildren are frequent visitors. He has been an active member of his community, serving on the board of directors of the Stamford Jewish Community Center, chair of its health and fitness committee, as president of the Stamford High School parents’ group known as Friends of Stamford High and has coached youth soccer and basketball as well as Little League baseball. He currently serves on the Board of Trustees of Temple Beth El in Stamford and its finance committee.